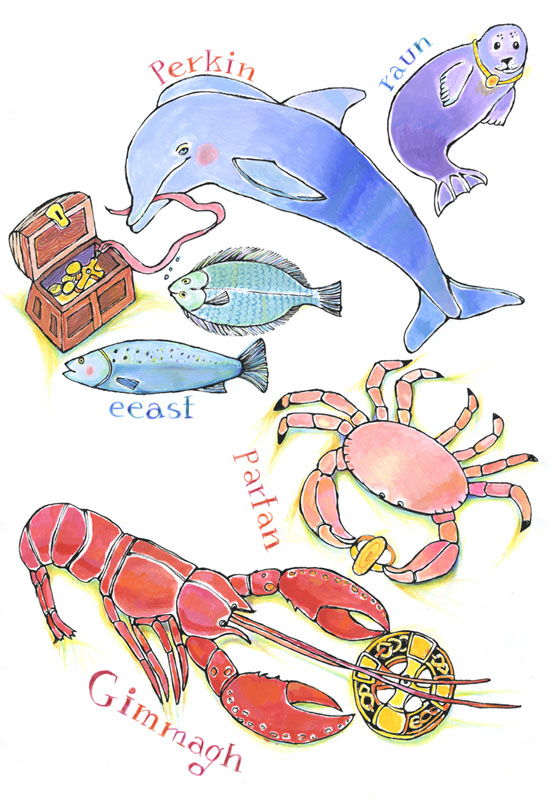 Cool Mann is an exhibition of original artwork by award-winning illustrator and author, Jo Davies. The images in the show are mostly from Jo’s projects for children, including picture books. With large scale hanging banners the exhibition has been designed to be informal and “off the wall”.

The show includes drawings from Cool Manx, a soon to be published activity book designed as a teaching aid to celebrate the Manx language. Cool Manx has been informed by Jo’s ongoing research and developed in collaboration with the Manx Language Development Unit, to celebrate and encourage learning of Manx and have enduring future impact culturally. The pictures she has drawn for the book reflect Manx culture visually showing the island’s distinctive landscape, history and unique features – a promotion of Manx as “cool” to young children. 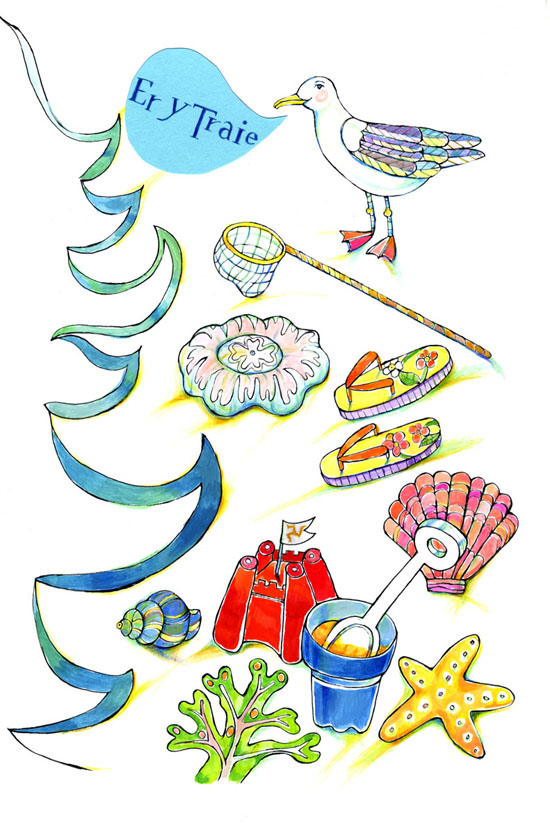