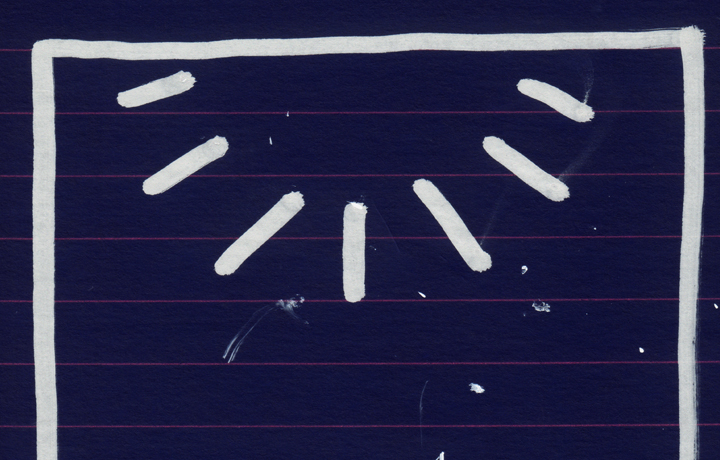 Illustrator and writer Paul Davis creates a regular column for Varoom, full of wit amusement and sometimes bile. Below is his contribution to Varoom 27 – The Hermenauts. It’s a headline, it’s a lifestyle, it’s a way of life – Davis on modern life’s endless circus of perpetual interpretation, the Interpre-petual from the art of the Resurrection to Duvet ads

“If it is true that a drawing will be finished tomorrow then it is true today there will be finished a drawing”. This is to paraphrase Aristotle (chapter 9, On Interpretation) and his genius in explaining the problem of future contingents. Confuses the hell out of me. Semantics and logic are not areas with which I am au fait. I looked it up and it has something to do with states of affairs in the future that are neither necessarily true nor necessarily false.

Another more simplistic, nay, moronic way of looking at this particular conundrum of how we see, hear and understand stuff using our eyes, ears, tongues, senses, brains and clever-cloggedness is this: Q: What do these five circles show? A largish one with another of a half-diameter centred inside it with another of that same size resting on the circumference of the larger one with two smaller circles inside that? A: A Mexican frying an egg. Q: What does a horizontal line within a square with a cropped-out triangle on the left and a smaller triangle resting on the horizon on the right? A: Ship arriving too late to save a drowning witch. They were called Droodles first invented and collected by Roger Price in the 1950s, mostly smug and terrible. Frank Zappa used the drowning witch Droodle on his eponymous 1982 album.

Those Mexicans doing-things-drawings (the talentless Top Gear short-arse Hammond was wrong) brought me back with a thud to school and to the multitude and popularity of these drawings; some of them pedestrian, some of them dodgy obscene. Those then reminded me of the “is it a witch or a penis?” drawing (or something like that). And then the cricket stumps that did, but didn’t, have a middle-leg. The “are the two lines the same length?” diagrams and all those circle-ly images and bendy stuff that, as a twelve year old, left me baffled and made me feel sick and I’d have to bunk off school and go up the quarry and stare at all the lovely landscapes to get my head straight.

The important point though is that these images taught to us youngsters to see things as they were or weren’t necessarily. Visual communication and visual trickery uses this as a way of willful ambiguity, confusion or clarity within irony. Or even clear meaning based on ambiguity – a double bluff.

Politics or philosophy are just as effective in migraine-inducing perplexity now but these days I go for lunch with friends and passionately debate burning issues at length. Everything we discuss is based on perception, interpretation. We don’t lap up what’s fed to us – we disagree, weigh up, think and then dismantle. The winning interpretation of corporate tax laws by corporate tax lawyers. Why we are bombarded by shouty banality; why the overtly political Any Answers followed by Any Questions followed by Money Box Live is on a Saturday, why? How are we, the public, being interpreted? And by whom? Think Tanks? I imagine lobbyists and whips sliming around the dark corridors of The House imparting what they’re interpreting what we, hoi polloi, are interpreting. Why folk don’t seem to literally say anything of sense when they speak. What is this code of youth? What do involuntary erections on the bus as a 51 year old man actually mean? Why everyone seems to now “curate” things. Why every political genuflector, bullshitter or ignorant zealot should be poked with sticks live on TV replacing the risible Britain’s Got Talent. How we all know how all could improve the unfairness of society but it all ends up being self-serving to the powers that be. Where did dignity go? How should we kill ourselves?

Or why we have to endure pointless meetings about the brilliance and cruciality of products that are as needless as they are useless? For the money, obviously. It’s our job to visually interpret to help them sell.

Interpretation is rife. It’s perpetual. Interpre-perpetual. It’s doing my head in. Nearly everything we do is interpreting a situation: words on a page; a facial expression; art in a gallery; “no way was that offside”. We are the referees, the umpires of our lives. And if you’re a religious leader, then everyone else’s life. We are the critics, the moralists, the righteous. Which is great when it comes down to distilling a text into a drawing that will make the reader read the text because of the drawing. So yin and yang. What does Yin think of Yang? You know, like, deep down?

I decided to find a big topic – something we’re all aware of so The Resurrection seemed apt. When you look at the differences between, say, Rubens’s healthy, almost muscular looking Christ, you think after a decent three day slumber, He’s looking better than ever. Then compare that with Fra Angelica’s where one of the women seems to be confused as to where He is. Above you! – look – spectrally hovering whilst the angel on the right is saying told you so and pointing gracefully. The soldiers in Raphael seem to be sighing “ah well – see ya”. And the same soldiers in Cranach’s version look like a scene from any Friday night in any small town in Britain. But in armour.

I adore the modern slant on Jesus coming alive again especially by the American evangelist painters. So treacly and mawkish, they make you want to organise a non-violent anti-movement. Not to Christianity as a whole, just to that maudlin and cloying  faction of  painterly interpretation. And an anti-movement there surely is: every other non-Christian religion and them dastardly sinful atheists. And artists of talent who question, not artists of questionable talent.

Sounds familiar! Look at the schisms within the same religions. Judaism, certain Buddhist schools, Christianity in general, same with Islam – the Sunnis and Shi’ites hatred is based on falling out about what that part of the sacred text actually means; “you sinner – you’re interpreting it in the wrong way. You must die.” And the worst: different football team supporting family members…

These thoughts clumsily – apologetically – bring me onto the business of art buying, being employed by them and the interpretations that there lie within the structure of decision making from the client to the creatives’ understanding of the product to the creators that enhance it via the focus-groups’ nods and eventually to the consumer, the customer, gazing into the gizmo. Or an insomniac on the sofa in bad pants, barking at the Lawyers Aren’t Us ads like a deranged dog waiting for yet another gentle documentary on Hitler; scolded, chided by a society in which we’re supposed to believe.

Thing is, it must be a weird science – knowing who to employ to sell what in a way that will shift it off the metaphorical shelves. How do you interpret a package for life insurance for the over 70s, regardless of statistics of habits x genetics = premium. How do you interpret a product to make others interpret what you’re interpreting so they’ll buy it? You’re going to die soon, want a bit of dosh?

I salute advertising that provokes, makes us smile and does its job. “Buy Sudso – it’s fucking brilliant!”

My interpretation of TV advertising (unless I was involved, naturally, and then it’ll be ground-breaking) is that they’re awfully good at upsetting any vestige of positivity toward anything at all. Normally they’re handlable – it’s only an ad –but recently I was shocked into apoplexy by a spoken sign-off line for a travel company. The ad was unmemorable save for the dulcet yet slightly sneery you-know-you-want-to-and-you-know-you-ought voiceover which said, to close the previous dull 30 seconds of nothingness: “Travel Yourself Fabulous.” It was that rare moment of total indignant rage, impotent and thunderous. An ad-tantrum. Bring me the head of the anti-creative who is responsible. This foul purveyor of insidious evil, this destroyer of our beautiful English language formed from millennia of ancient history, bloodshed, revolution, influence, inflection, invention. And this was their best effort – the very best they could come up with. The very, very, best they could possibly ever, ever, do.

The Anarchy of Style

“We can’t but helped be influenced, then we imitate, and then we end up making an app called “Scream-Caw”. Paul Davis champions National Personal Total Stylish-Self Day – style anarchy”

We’re All In This Together

“The New Empathy could be really great – the work, the clients, the collaboration. Or, writes PAUL DAVIS, it could all go a bit Bono”