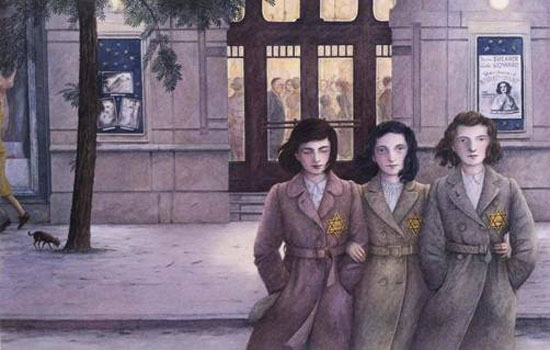 Anne Frank: This touching re-telling introduces to the younger reader a personal account of Anne Frank’s life, up to and including the years she lived under Nazi occupation in Holland during WWII. Angela Barrett has illustrated this account with delicacy and elegance, and all the original artwork will be exhibited and for sale. Alongside this other artwork by Angela will be shown, including The Night before Christmas, Joan of Arc, The Night Fairy, The Snow Goose and her recent edition of Anna Karenina with The Folio Society.