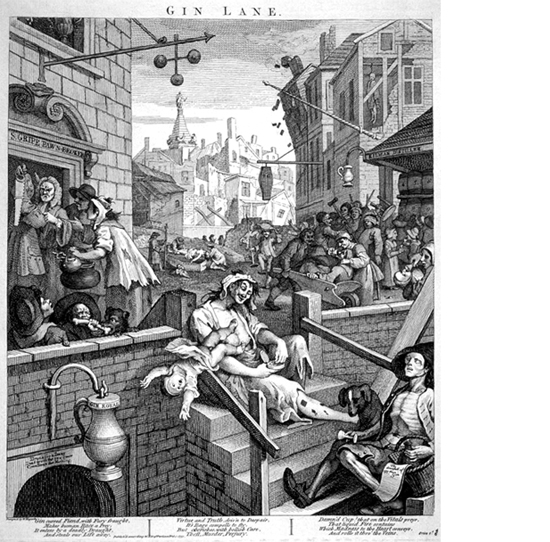 For over thirty years, in his paintings and engravings William Hogarth (1697-1764) captured the highs and especially the lows of life in London. Hogarth’s acute observations of the human condition were played out on the streets where he was born, lived, worked and died, and they have placed an indelible stamp on the way we imagine Georgian London. Hogarth’s striking compositions and eye for the telling detail capture the vitality and suffering of the lower orders and the pretensions of the aspiring middle classes.

This exhibition of fifty of the artist’s best-known London prints marks the 250th anniversary of his death and invites the public to look more closely at the original pictures and discover a London which is sometimes horrifying, but always fascinating.