Illustrationcupboard Gallery commemorates the centenary of World War I with a unique exhibition celebrating the dramatisation of Michael Morpurgo’s book War Horse. First published in 1982, this wartime tale has become an international phenomenon.

Featuring theatre designer Rae Smith whose original theatre, costume and scenic artwork were displayed on stage at the National Theatre and artist Victor Ambrus who was commissioned to produce the front cover of the first edition of War Horse in 1982 and will be showing artwork especially produced for this anniversary are among a few to be exhibited. Lastly, Olivia Lomenech Gill, whose previous collaboration with Michael Morpurgo on Where My Wellies Take Me has been short-listed for the Kate Greenaway Award 2014 and will be showing a selection of her War Horse inspired artwork 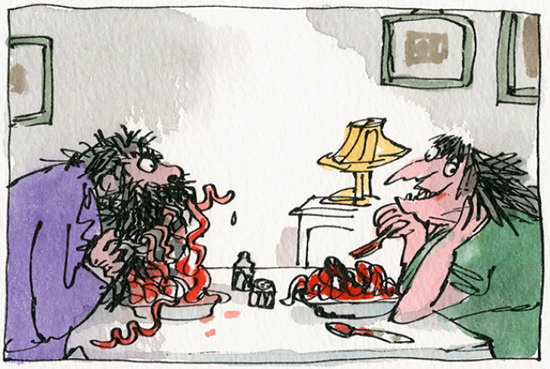 The Twits illustrated by Quentin Blake

The House Of Illustrations doors are now permanently open to their inaugural exhibition Quentin Blake: Inside Stories which can be visited Tuesdays through Sundays until 2nd November and will feature original works from 9 of his books. Including titles such as, Roald Dahl’s The Twits and Danny the Champion of the World as well as his own Clown and The Boy in The Dress by David Walliams. Other authors include John Yeoman, Russell Hoban and Michael Rosen with the corresponding illustrations.

There is also the opportunity of a personal and informed insight in to the work of Quentin Blake come along on a Friday Lunchtime for a 20 minutes gallery tour of his current exhibition, free with the exhibition entry.

The exhibition runs from 19th July – 14th September 2014 at Mottisfont, near Romsey, Hampshire, SO51 0LP

Visitors to Mottisfont will be able to see for the first time 21 new drawings by Quentin Blake for the hit West End production of Charlie and the Chocolate Factory, full of his usual wit and sharp-eyed observations. 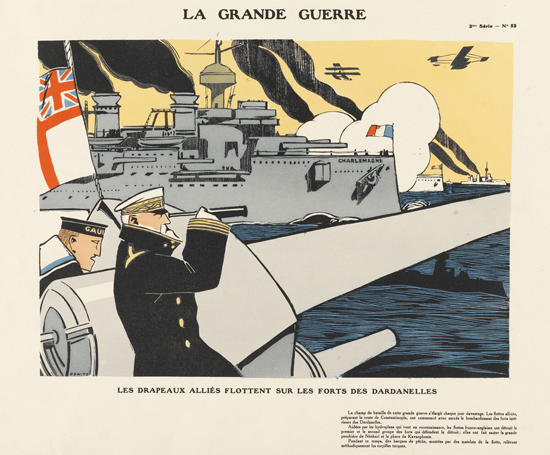 The first seven months of World War I will be dramatically illustrated at the Fitzwilliam Museum, Cambridge through 36 colour lithographs and woodcuts from the print series La Grande Guerre which will be on display until 28th September 2014 with free entry.

The prints will be shown in chronological order, so that visitors to the gallery can experience a retelling of events from the perspective of France, from the taking of the first flag during the Battle of Saint-Blaise La Roche (14 Aug 1914) to the Fall of Przemyśl (22 March 1915). 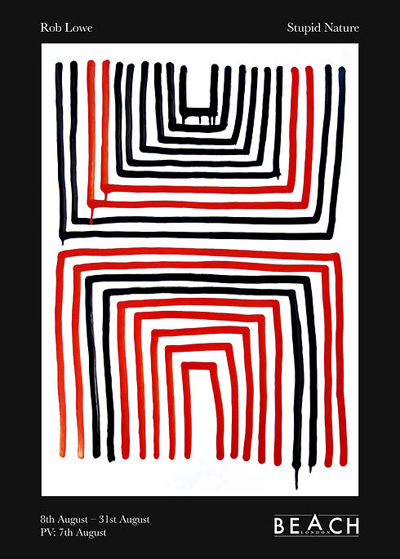 Stupid Nature continues to showcase Rob Lowes interest in pure line, optical effects and colour but with less acute precision, allowing the lines to drip and wobble. When speaking of his exhibition, Rob Lowe states:

“I think of stupid nature as meaning instinct or the unlearned. It seems more and more that the need for proof is used as a way of undermining hard-to-define natural responses. These drawings feel very natural – I have an automatic emotional response to them which is difficult to explain. Stupid Nature just seems to fit perfectly as an overall title – it alters the context in which the pieces are viewed.”