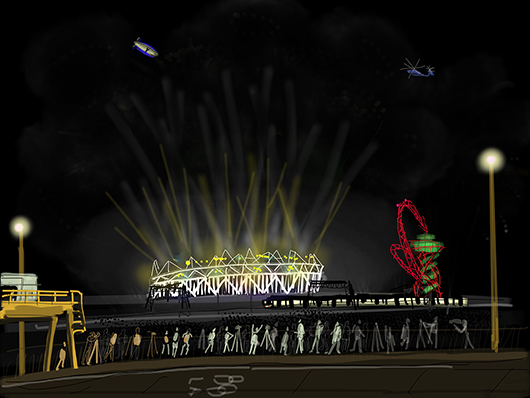 I originally studied Fine Art in Newcastle and I was spending 6 – 8 weeks in a studio working on 1 large canvas. As a young student I had a lot of energy and I wanted to work more quickly, discover different kinds of stories and explore a range of different content. I switched courses from painting in Newcastle to Graphic Design at Camberwell, where illustration tutors like Paul Cox and Chris Corr encouraged us to get out and explore the city of London and record from life. The spontaneity of their projects really captured my imagination and I have never lost that enthusiasm for reportage drawing. 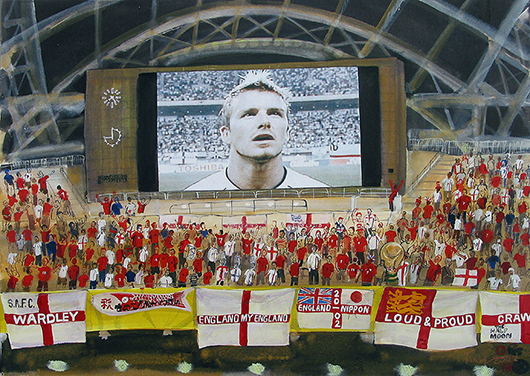 In 2012 you became The Times Artist for the Olympic Games in London. How did this come about and how did you approach creating Artwork with such a short deadline?

I have covered a number of big global sporting events; World Cups, Olympic Games, for a decade leading up to the 2012 Games and had built up a reputation as a kind of sports illustrator, even though most of what I draw are the stories surrounding live sporting events rather than sport itself. I had been in conversation with The Times for a number of months leading up to 2012 trying to work out how to use reportage drawing in their coverage of The Games. There was a need to publish in real time as the newspaper was producing 3 updated iPad editions a day throughout The Games. I had begun to explore drawing on the iPad in early 2012 and and it was the decision to bring these activities together that resulted me being given the title “The artist covering the Olympics for The Times’.

All the drawings were produced on location in response to emerging stories and then emailed to the editors as soon as they were finished creating artwork which was raw and spontaneous. Each drawing was accompanied with 500 words of text and a movie created by the app that recorded the history of each drawing. This was published with audio created from wherever I was in the city; commuters, traffic, conversations, crowds. If I thought too much about the deadlines I could have lost the intuitive nature of the project. I started at 7am filing drawings 3 times a day working late into the evenings in the press centre at the Olympic Park planning each day in advance. 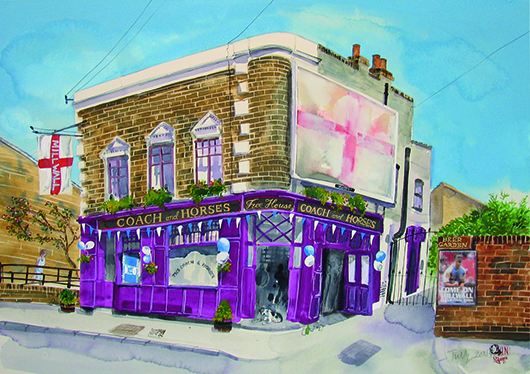 During this time you worked predominantly drawing directly onto an Ipad, what do you think was the benefit of working on this medium?

Speed: you can work really quickly on screen. It is also important not to get stuck in detail so the drawings remain quite loose.

Location: you can work with an iPad almost anywhere. If you have access to wi-fi (cafes, shops etc) you can also publish from anywhere.

Time: in addition to the drawings I was using an app that records the history of each stroke made on screen, creating an immediate ‘play back’ version of the drawing. Using audio created on location it adds a time-based element to reportage that is unique to the iPad.

Light: while the iPad has limitations when drawing in bright sunshine (you can’t see the screen) it is highly effective working at night and for a project such as the Olympic Games where many events took place at night under dramatic lighting you can create dynamic colours on screen quickly that captures the mood and atmosphere of ‘live’ events.

Publishing: When using analogue techniques such as watercolour and drawing I would always need to scan, photograph, finish off work in the studio before publishing. The iPad creates print ready files that can be exported as content for immediate publication, which was hugely appealing to the newspaper. 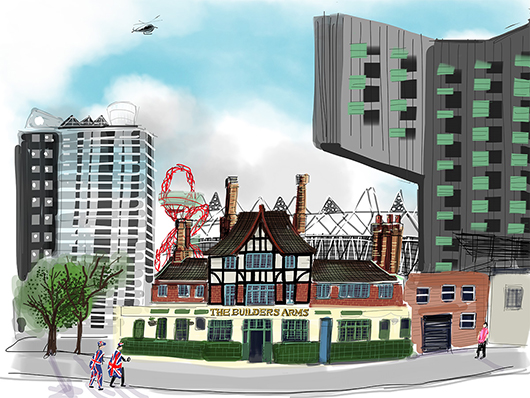 As an illustration tutor, what key advice do you give your students who want to be successful illustrators?

I teach illustration to students on a broad based Graphic Communication course in Bath. As a student you have the opportunity to learn a set of skills that is shared by your peers: drawing, print, software, design, visual communication. You have to be fluent in these areas so the medium does not control what you make. What sets you aside as an illustrator is communicating what you want to say with those skills. I encourage students to find their voice through content. Think about what you are passionate for, what do you have experience in, and use the skills you have acquired on the course to create work about it. 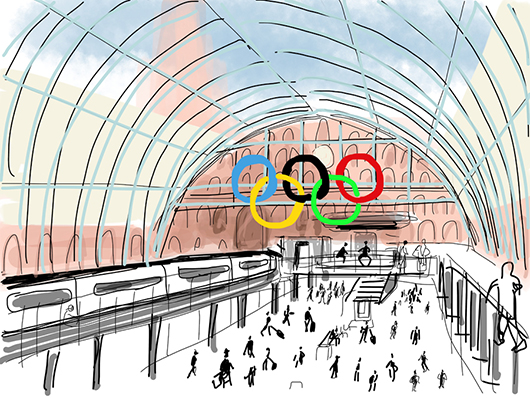 As an active illustrator and educator, how much importance do you place on your self initiated work? 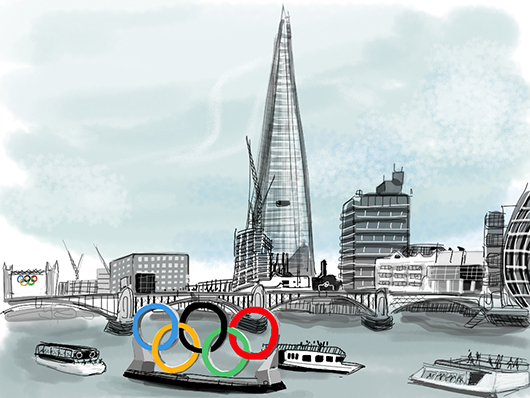 Time: I have been working as an educator and illustrator for a long time now. Every year a new group of graduating students make me realise just how many people are setting out to work as illustrators. They both inspire me and urge me to keep going on.

Location: There is nothing like the authenticity of observing from life, where the marks you make on paper (or on screen) are an instinctive memory of a particular moment in time, that can never be repeated.