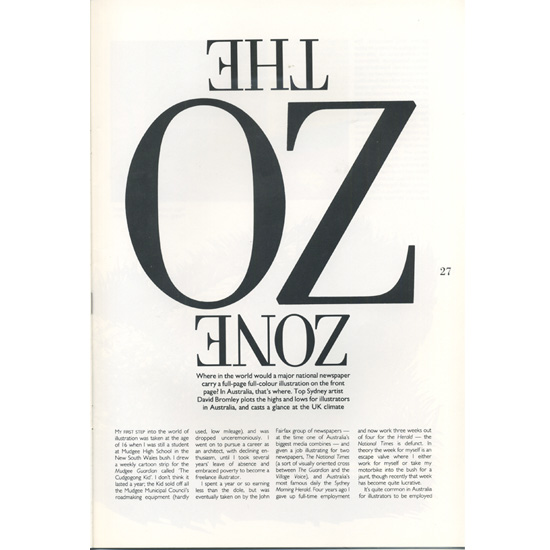 “Where in the world would a major national newspaper carry a full-page full-colour illustration on the front page? In Australia, that’s where. Top Sydney artist David Bromley plots the highs and lows for illustrators in Australia, and casts a glance at the UK climate.”

In issue 64 of Illustrators illustrator David Bromley discussed the future of illustration in the September/October issue, 1988. Since that day David Bromley has gone on to win several awards for Illustration, including the Gold award for Editorial Cartoon in the World Press Cartoon in Sintra, Portugal, 2005. Currently he is exhibiting in Adelaide Festival Centre in Australia.

Image taken from the Illustrators Magazine 1988.