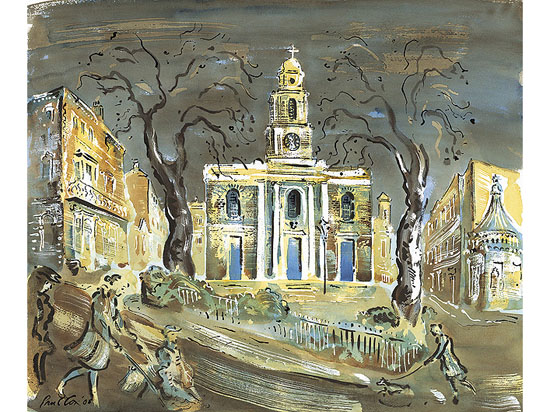 Paul Cox talks about his 30-year career as an illustrator and painter. Paul’s illustrations have appeared in numerous newspapers and magazines, including the Daily Telegraph, Vanity Fair and Country Life. In the first of the Housewarming Illustrator Talks series, Paul will talk about illustration and how he approaches his work, giving a unique insight into his working practice. He will be joined by Chris Beetles, the gallerist who has mounted numerous exhibition of his work.