News / In the Picture: Illustration in Times of War

Is there still room for illustration in hard-news stories?

We are flooded with images taken by cameras and phones which often struggle to have the impact that they did 50 years ago. In a society that has become so desensitised to photographs of war, can illustration be used to better encapsulate a situation and connect with the viewer? 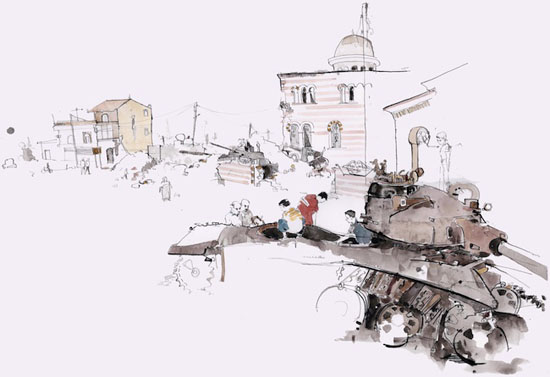 In 2013 George Butler‘s drawings from war-damaged Syrian towns were used in The Guardian, The Times and on the BBC World News. He will be presenting his work and talking about how he produces it. George will be joined by Malik Meer, features editor for The Guardian and editor of the G2 supplement, to discuss the appeal of his illustrations.