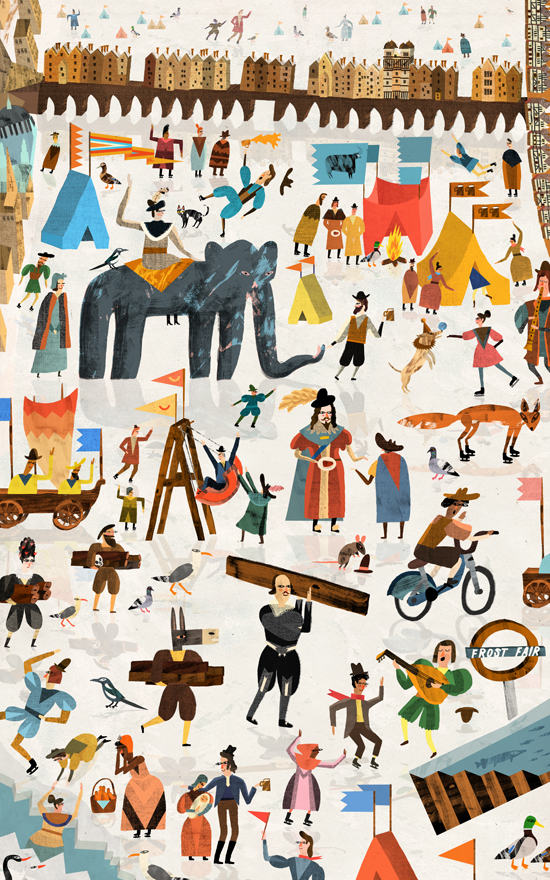 Story: The River Thames froze solid 24 times between 1408 and 1814. Sometimes it lasted long enough to hold a fair on the ice, complete with rides, beers, roast ox, and even an Elephant!

Artist’s background: Nicholas Stevenson, the Silver award winner, is based in North London and got a BA in Illustration from Hereford College of Arts, graduating in 2010. He is currently represented worldwide by Folio and past clients include The New York Times, Warner/Chappell Music, Big Chill Festival and Anorak Magazine. He likes to produce images that are fun, lively, mysterious and occasionally a bit unsettling.

Judges’ comment: Packed with historical (and some crafty modern) references, the judges thought Nicholas’ Frost Fair image was a delightful image to dwell on. The colourful antics of the Fair participants allow for in depth viewing, and we liked the irreverent sneaking of a Tube station onto the ice and an Elizabethan Barclays bike user as well as the drama injected by people being saved from cracked ice.