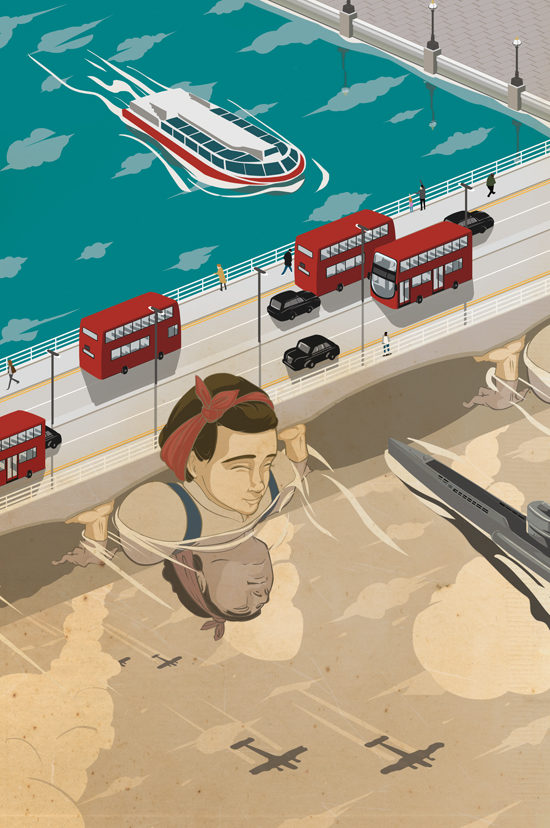 Artist and title: Eric Chow for The Lady Bridge

Story: Waterloo Bridge was reconstructed mostly by women during the war in 1945 while men were doing national service. The bridge is often called The Lady Bridge.

Artist’s background: Eric Chow is a London-based illustrator from Hong Kong. After graduating from London College of Communication in 2012, he has been working as a graphic designer in London and building up his illustration portfolio at the same time. His illustrations are digitally made, surreal and often humorous. Some of his illustrations are featured on various creative blogs; Creative Boom, Shell Suit Zombie, What an Art and Whitesao.

Judges’ comment: A great London story of the women building Waterloo Bridge; illustrated by several entrants to the competition. The judges liked Eric’s modern/historical approach on either side of the bridge, and believed that his depiction of women actually being the support of the bridge was a strong metaphor for women’s roles during the war.