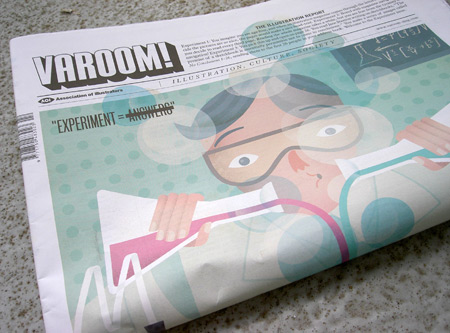 The summer issue of Varoom â€“ Experiment – is packed with great content (as always), looking at the many different approaches experimentation can take. Cover artwork is by Stuart Kolakovic. 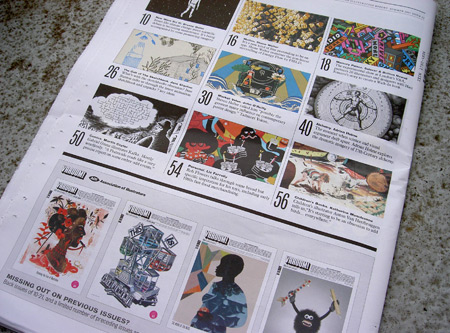 In â€œSeven Thoughts on the Cult of the Sketchbookâ€ Jane Stanton writes that the point of the sketchbook is it gives you permission not to come to conclusions. In â€œThe New Wave Sci-Viâ€, Bryony Quinn argues the power of the new scientific imagery is as a medium greater understanding â€“ rather than understandingâ€™s final destination.Â 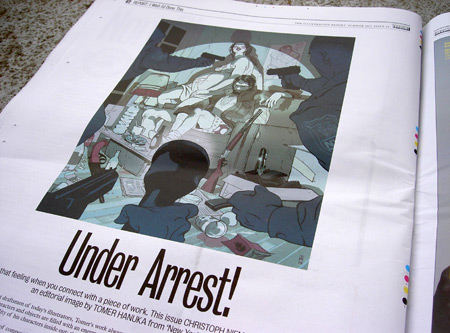 Marian Bantjesâ€™ turns the sterility of the scientific experiment into an object of beauty, while Laurie Britton-Newell and Ligaya Salazar reflect on Memory Palace, the new V&A illustration exhibition thatâ€™s a Walk-In Book, â€œWhat does it mean to â€˜readâ€™ a story? How far can you push the format and still call something a book?â€ Even the old-time wonders of Alchemy get a look in. We wanted to write something conclusive about experiment, but creative experiment means no conclusions. 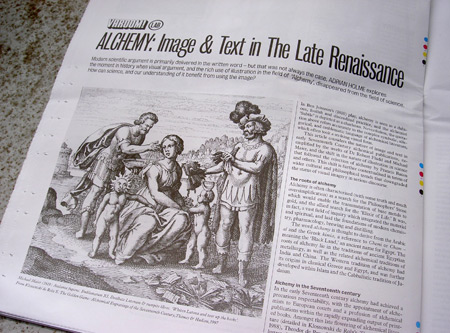 Varoom 22 – the illustration report is avaiable from good bookshops and at the AOI online shop as a single copy or as part of a subscription.

The evening was a great success, covering many of the themes in Varoom 22 Experiment, and left the capacity audience buzzing.

The event will soon be available from the Varoom website as a podcast.